Male factor is the reason for subfertility in 30 – 40% of the infertile couples.Defective semen in terms of sperm number, motility (movement) and shape (morphology is usually the cause. 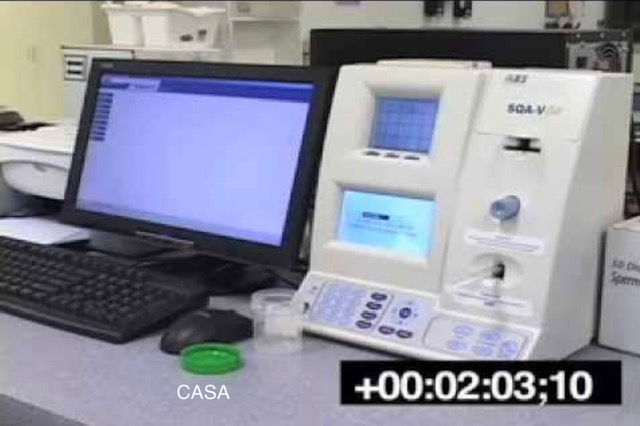 The cause of an abnormal sample in any aspect can be temporary or permanent. Infections, fever, drugs, and stress can temporarily alter the semen profile. Further, there is a natural fluctuation of semen parameters even in the normal male. The sperm making occurs in a 70-day cycle and is highly influenced by the environment and toxins like cadmium in tobacco as well as by alcohol consumption. Deletions in the sperm making genes of the Y chromosome – microdeletions can influence the semen profile markedly and cause severe Oligoasthenozoospermia.

The Y chromosome is one of the sex chromosomes in the male and is unique to the male. In the long arm of the Y chromosome, there are three regions called AZFa, AZFb, and AZFc. If these areas have been deleted, it results in male factor infertility. Over the years genetic testing has resulted in increasing amounts of knowledge in this field. This has resulted in more genes being identified that may result in azoospermia. The males with these deletions are healthy with no illnesses. Around 15% of patients with azoospermia (absence of sperms in the semen) will have one of these defects. This can also be found in around 8% of oligospermic patients. Thus, it is important that the couple counseled for ICSI know that this defect will be passed on to any male infant.

If the defect has resulted in the deletion of AZF a or b regions then no sperm will be found in the testes. The abnormalities in the Y chromosome can be due to inheritance or new changes occurring due to the environmental factors. Abnormalities in other chromosomes can also cause sperm defects.

Studies haven’t shown a clear link between abnormal sperm shape and these factors, but it’s a good idea to try to eliminate the use of tobacco and recreational drugs and limit the consumption of alcohol. These substances reduce sperm production and function in several ways. They may hurt sperm DNA (genes) quality. Dietary supplements or vitamins have not been clearly shown to improve sperm morphology. Some specialists do recommend that you take a daily multivitamin to improve a number of body functions, including reproductive health.

A normal sperm has

Absence of sperms in successive semen samples. This can be due to obstruction in the pathway of the semen from the testis which is the production site – obstructive azoospermia – as in the congenital absence of the vas. These couples can be helped by aspiration of the sperm from the testis (TESA) and subsequent intracytoplasmic injection into the egg (ICSI) which yields a 40% success when no other problem exists. Milder problems with the semen profile, especially motility, can be treated by simple, inexpensive procedures like sperm washing and intrauterine insemination (IUI) at the time of ovulation.

CTFR GENE
Abnormality in this gene on chromosome 7 can lead to cystic fibrosis and Congenital Absence of the Vas Deferens (CAVD) resulting in AZOOSPERMIA. It is important that if this is found in the male patient then the female partner should be genetically screened for this as well. It is recommended that couples have genetic counseling prior to any treatment.

OTHER CAUSES OF MALE FACTOR SUBFERTILITY

Semen analysis The basic investigations will depend on examination and clinical findings as well as results of semen analysis. How do doctors decide if a man might have a fertility problem? For many years, experts have focused on semen analysis, but research studies show that the number of sperm (count) and the movement of sperm (motility) do not always predict fertility very well by themselves. The shape of the sperm can be ascertained by special staining and the percentage of normal sperms should be above 4% for normalcy. the post wash count is another parameter to asses fertility potential.

The sperm chromatin assay indicates the integrity of the sperm DNA and is useful for prediction of the success of ART.

The abnormalities in chromosome number or arrangement can cause male infertility as in Klinefelters syndrome. Karyotyping can pick up these errors.

Y chromosome microdeletions can cause severe sperm defects in number and shape of sperms.

Computerized semen analysis (CASA) can estimate sperm DNA Breaks in addition to routine analysis, All the above tests are available at Thamarai andro & genetic lab.